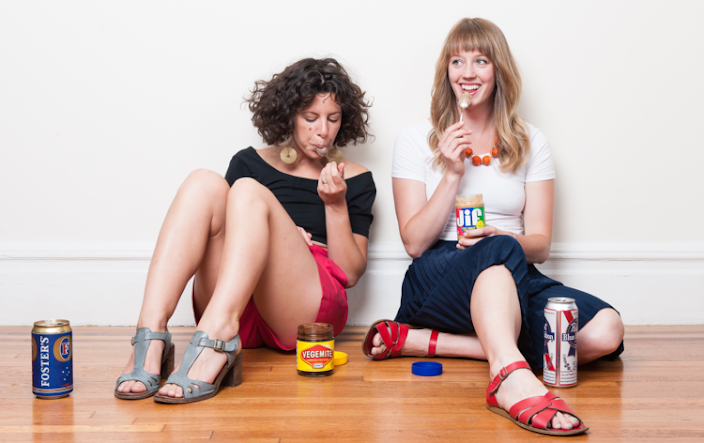 Rat King Theatre was born in the sticky New York summer of 2013 when an east coast Aussie and a west coast American discovered their shared love for beautiful and absurd storytelling and food. Since a serendipitous lunch of cart food and leftovers by the Washington Square Fountain Tessa and Krystalla have been collaborating and feasting together.

Rat King Theatre is about getting tangled up in deep and silly shit.  By intertwining theatre, dance, puppetry, film, food, illustration, political action, and satire, we highlight the impossibility of detangling out stories, memories, and identities. Rat King Theatre blurs the lines of who we are in the hope of expanding what we may become.

A Rat King is a folkloric creature that is born when a number of rats are entwined by their tails, which have been stuck together by blood, dirt, ice, or shit.

I met Krystalla and Tessa of Rat King in late 2015. They were looking for a director for their new work, Point of Origin. I ended up co-directing with Ann Noling and the work was presented at The Brick in Brooklyn in April 2016.

In late 2016 I joined them again to develop a short work, Ants go Marching, which was presented at The Wild Project and again at Dixon Place in January 2017.

On both shows the process was a mix of devising, working with scripted material and dance. Both times we had the privilege of collaborating with coreographer Jenny Tortorello.

Rat King's work deals with relationships between women, mythology, storytelling and food. Their aesthetic reflects these elements - leaning toward physical theatre and the low-fi.