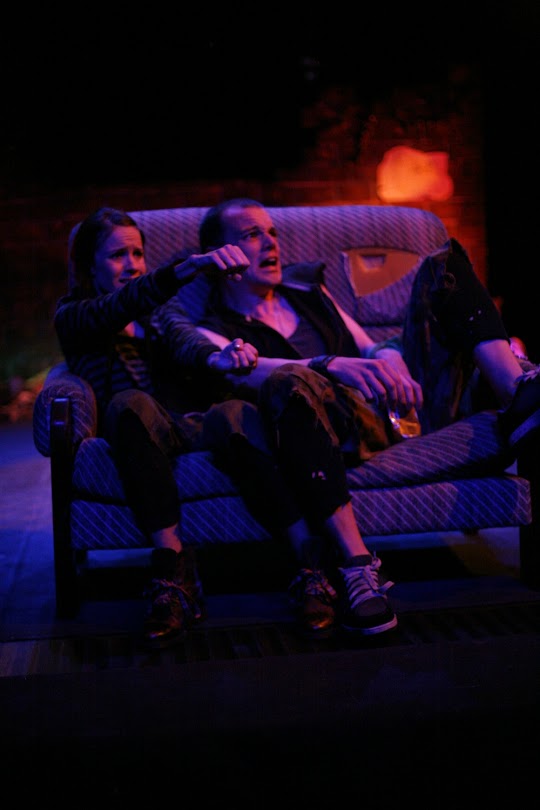 Two Hoods ride the train each night to a wrecking yard on the outskirts of the city. Here, in this cemetery of stories, they are storytellers with the power to fast forward, pause and rewind. Tonight, they tell the story of three kids left in a car.

It’s Friday, KFC night and the last day of school before Christmas. Kyle, Jessie and baby brother Troy are waiting in the car for their Mum. Kyle broods in the front seat with visions of X box dancing in his head while Jessie begs him for a game of eye spy. As night closes in, the shopping centre shuts down, their Mum still hasn’t come back and the baby just won’t stop crying.

Angela Betzien's beautiful play sees two actors play numerous characters, shifting quickly in and out of a narrative that they can pause, rewind and begin again - like a video game.

"Bridget Balodis' directing is as precise and skilfully orchestrated as Betzien's language is deliberate and expressive. O'Connell and Haslam work as one, certain of their performance and commanding attention "

"Director Bridget Balodis and designer Gillian Schwab created a nightmare landscape for the all-too-believable story to play out, and the performers squeezed the life out of every snapshot scene and character transition" 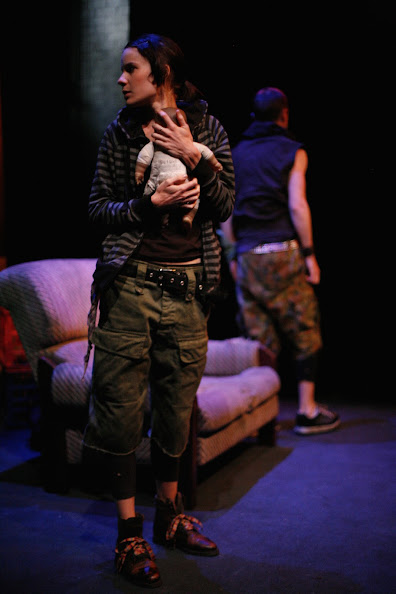