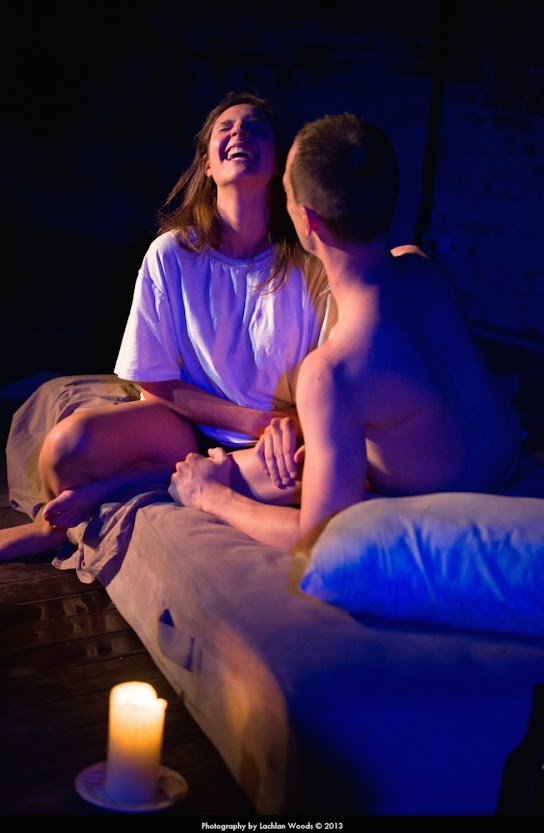 DANNY AND THE DEEP BLUE SEA

What drew me to this play was the way Shanley finds the tension between having a lot to say and not having the means to say it. His characters are constantly grappling with expressing themselves, trying to find not just the courage but the actual words.

This play is partly about love. It is partly about confession. For me though, this is a play about recognition, about seeing in another person something that has happened inside you.

We staged Danny in 2013 in 1000 Pound Bend, a gallery space in Melbourne's CBD.  We weren't in the gallery itself but in a tiny worn out old cinema above it. It was all old floorboards and exposed bricks - poor, broken and honest, like the play.

What was key for me in directing this play was that I let the actors make the work as non-performative as possible. I wanted them to be able to work at a smaller, almost cinematic scale.

For me that meant getting the audience as close as possible to the action. It was a self-produced work with no emphasis on making a profit so we were able to keep audience numbers to a tiny 35, meaning that the audience we mostly within a couple of meters of the performers.

The result was a powerful sense of intimacy that I think is exactly right for this high-stakes personal drama- a story about jumping in far and fast. 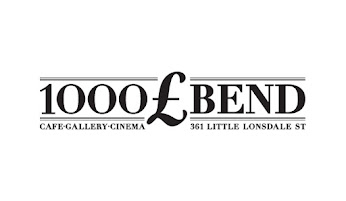 "When the two people are as bruised and broken as these two, there’s a dramatic tension from the opening moments. Bridget Balodis’ production is tight and moody, the space is perfect..."

“It ain’t a lot, what I want. I don’t see why I can’t get it. I know there ain’t no way my whole life’s gonna turn a corner an be the perfect thing. Yours neither. But I can get a day, can’t I? To start with? That seems like somethin I could get.”  - Danny